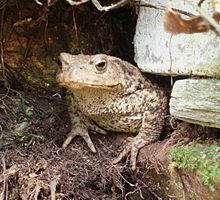 The blanket winter snow has given gracious Llanevan a right hammering over the last few months of 2010. The sub zero fields are bare and the sheep are staring forlornly at the soil willing for it to offer a single blade. The snow is long gone but now the ground is dry as it hasn’t rained for weeks. Unwelcome Stain, the red legged partridge, is Llanevan’s Witch Doctor. I went to see him in his wigwam in Smatcher Wood to see if he could coax forth some precipitation. He was reclining on a black sheep skin with a bowl of dried woodlouse atop his proud belly.
“Can you offer me some counsel?” I asked, bowing at the wigwam entrance.
“Hang on, this is a classic bit,” he said summoning me into the incense rich tent. He was watching the A-team.
“Brilliant, just plain brilliance,” he chirped as Murdoch ducked a telegraphed punch from Mr T. “Face is my favourite. He is so in touch with civilisation. And he’s got sweet wheels.” Unwelcome drives a Porsche Boxter that he won in a game of cards from Kevin Pietersen. “What’s troubling you Tommo?” He rose to his red legs and waddled over to the extensive bar. “Can I make you a Partridge?” he asked, glugging numerous liquors into a highball.
“I don’t know. What’s in it?”
“Pretty much everything. I tell you this for ten pence, I’ve got a job to three point turn the Boxter after six of these. I put the bugger through a hawthorn thicket last Thursday after a session in The Suspicious Finger.”
“Thanks,” I said with furrowed brow as I accepted the luminous orange drink.
“Tell the Stain your pain.”
“Thing is Unwelcome I’ve got lambs everywhere, lactating sheep, cows running out of hay and I am desperate for some grass to come. I don’t want to mess with nature but I’ve come to see you because I’m in need of some....”
“Black Magic?” Unwelcome said offering me a chocolate.
“Thanks. I’m in need of some spiritual encouragement.”
“I hear you. I’ll say this, did you ever see the episode when Hannibal and Mr T turned a lawnmower into an armoured truck with a pencil and a strip of magnesium?”
“Uh.....”
“My point is, anything is possible.”
I got to my feet, bowed and sunk the Partridge. “Love a bullock. Is there petrol in this?”
“Probably,” tossing a woodlouse into his beak, “I added a dash from that Jerry can.”
“Many thanks.”
“Tommo. You know who’ll wake up when the rain comes?”
I knew what terror he spoke of. “I need the rain. I’m willing to face the consequences.” A shiver ran along my spine and Unwelcome took a Colt. 45 from behind the Jerry can.
The extreme winter weather has already taken its toll on the lambs. The severe cold meant that food was scarce for the pregnant sheep and stunted the growth of the foetus. The lambs have been born smaller than required, but at least they’re alive.
“It’s better to have a live little ‘un, rather than a big dead ‘un,” Owlet the Thrush observed. He’s a wise old bird is Owlet.
Unwelcome Stain spent days inside his wigwam. Only a faint meander of smoke drifting to the heavens spoke of his concocting. He did appear briefly to hand me a list of a few required ingredients.
“Sheep wool I have, I can tap Ranatunga for the snake skin, but how can I get the cream of a blackbird?”
“You want rain don’t know?” he sniffed and waddled home. Kaplunk the one toothed donkey, owed me a favour, so I called it in.
“Jeez I haven’t basted a bird in months. Give me twenty four hours”. Though he was back in six with a phial full of ooze.
“Just don’t ever ask me to do that again,” he brayed and skulked away massaging his front right hoof.
“Ah, the finishing touch,” Unwelcome proclaimed and dropped the phial into a steaming burgundy potion. “Meet me on the fourth cock crow tomorrow morning by the trunk of the gnarled oak,” he said.
Poland the First, Llanevan’s cockerel, got plastered on strawberry gin the night before and so was tardy with his town crier act. His fourth crow came a full hour later than usual, but as it sped over the fields Unwelcome Stain extended his wings from beneath his donkey skin cloak and mumbled over a shiny black cauldron.

“Lady sky come cry your tears,
Send cats and dogs to chase our fears,
Spit on us as though were are vagabonds,
Dampen the earth and fill our ponds.
Wring out the wetted handkerchief
Steal the grass from the root, like a thief
And bring forth the green desire,
To light the Spring flame on our barren pyre!”